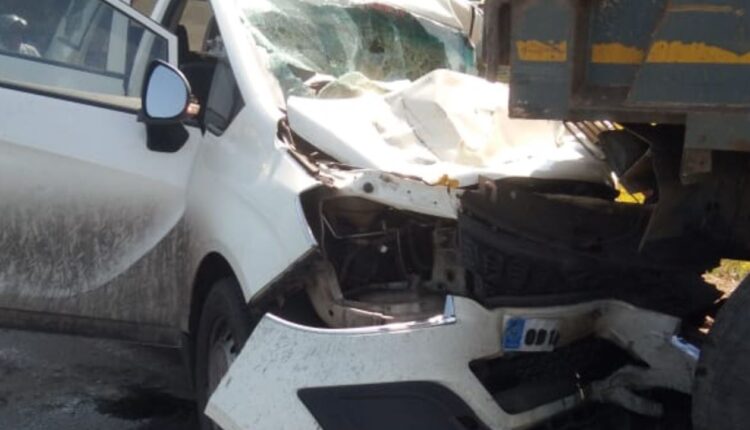 Sambalpur: Family members of 45-year-old Bijli Bhoi of Tikilipada in Hemagiri area of Odisha’s Sundargarh district were elated to know about her recovery from COVID-19. Little did they know that a car accident would kill the woman and her daughter, next day.

According to reports, the woman was admitted to a private hospital in Sambalpur for treatment after she tested positive for the virus. On May 15, the hospital authorities informed her family members about the recovery and told them to take her home.

The woman’s son Vikash (23) and daughter Ravina (20) reached Sambalpur the next day in a car. While all of them were returning in the vehicle, tragedy struck as the car, which was being driven by Vikash, rammed into a stationary truck from rear around 2.10 PM near Sasan Bypass.

Police rescued the victims from the damaged car and rushed them to VIMSAR in Burla, where the woman and her daughter were declared brought dead. Her son was undergoing treatment at the hospital.

The tragic incident has shattered the family while a pall of gloom descended on the village.