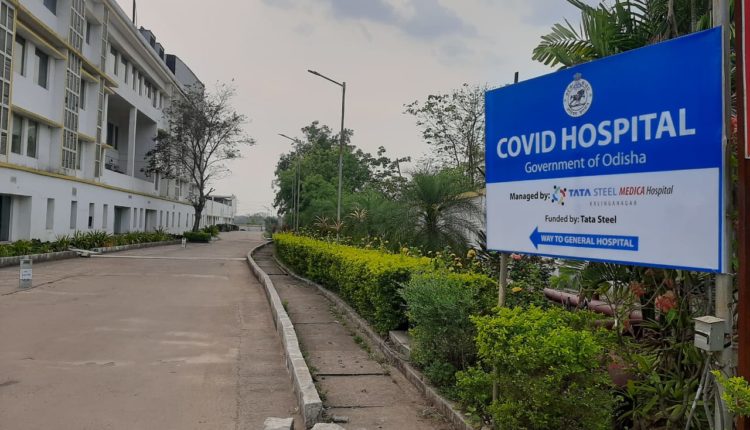 Berhampur: Family members of a COVID-19 suspect, who was undergoing treatment at a COVID Hospital in Odisha’s Ganjam district, were informed about his death four days after the demise. Moreover, kin of the deceased have alleged sheer negligence on the part of the authorities of the healthcare facility.

The person was admitted to the hospital on July 19 evening with COVID-19 symptoms and breathed his last while undergoing treatment on July 24.

As per a police complaint lodged by the family members of deceased Basant Kumar Sahoo (49) of Ganapati Nagar under Badabazar police limits here, there was telephonic communication between them and Sahoo till July 24.

After the communication got discontinued, his kin contacted the helpline of the hospital. They were informed by the hospital authorities till July 27 that Sahoo was being treated in the ICU. Shockingly, they were yesterday told by the authorities that Sahoo passed away on July 24 during treatment, they alleged in the complaint.

However, the hospital authorities in a press release have stated that Sahoo’s relatives could not be contacted over the registered phone number despite repeated attempts. As per protocol, the body was safely kept in the hospital mortuary, the release said.

The local administration was then informed by the hospital to trace out his family members. On receipt of the correct phone number, his kin were informed about the death, the release added.