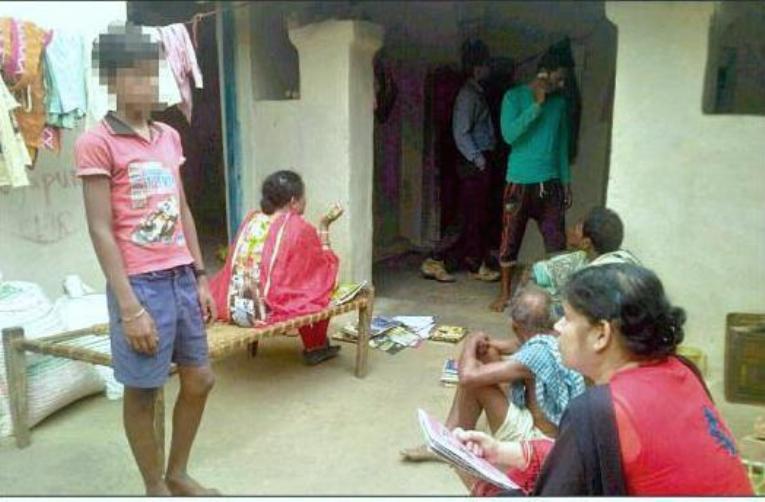 The Odisha Crime Branch has begun its investigations into the recent alleged brutal killing of Sanjukta Jaipuria, a girl student by two sisters under the influence of superstition at Bijapali village under Rengali police station limits in Lakhanpur block of Jharsuguda district.

Later, the team visited Bijapali for an on spot inquiry.

The Crime Branch team while talking to a minor boy came to know for the first time that deceased Sanjukta Jaipuria was branded with burning incense sticks before her murder, sources revealed.

Notably, the bizarre and gruesome incident took place at Bijapali village on the night of February 2.

Two sisters Soudamini Jaipuria and Santoshini Jaipuria, who happened to be friends of the deceased- Sanjukta under the garb of initiating her into the Shiva Guru cult, undressed her and plucked off her hairs from her scalp.

The accused sisters beat Sanjukta and performed Shiva Tandav dance on her body while piercing her dead with a trishul (trident). One Naveen Bhoi, a voodoo practitioner too had thrashed Sanjukta. Allegedly, Naveen had also beaten up Dolamani-the deceased’s father and Asha her mother. Sanjukta breathed her last at around 10 pm.

According to reports, while some fled the spot after Sanjukta’s death, some relatives suspect it to be a case of sorcery.

Naveen Bhoi had reportedly threatened the ambulance driver which had come to take Sanjukta to a hospital with dire consequences and had asked him to go away. He had also allegedly shooed away locals from the cremation grounds while Sanjukta was being cremated.

The Crime Branch team is investigating into all these aspects. It has also conducted inquiry at the residence of one Suchitra Dhurua of Sukhadihi who is a canvasser of Shiva Guru cult. Further, the team has interrogated Haridranand and Nilam Anand of neighbouring Sukulpali village who are said to be the founders of Shiva Guru cult.

In an interesting development, on arrival of the Crime Branch team, pictures of Shiva Guru affixed at different places in the village have mysteriously disappeared.

Collectors in Odisha asked to disburse pensions by Mar 9