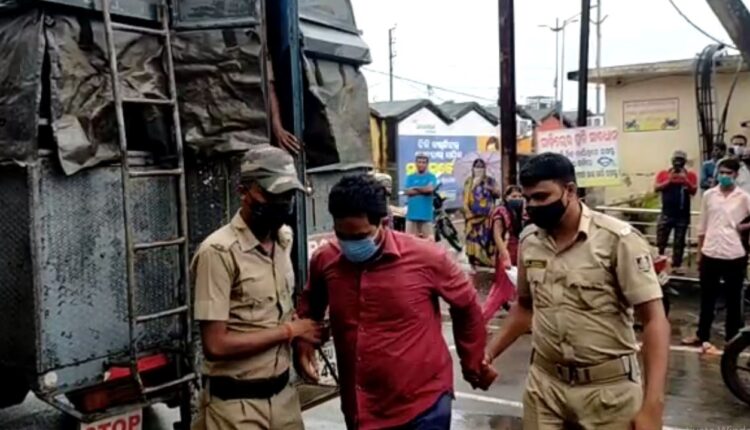 Bhubaneswar: Day after the arrest of four contractual employees of the Defence Research and Development Organisation (DRDO) in Odisha on charges of leaking secret information, the Crime Branch has been directed to the probe the case.

Acting as per a directive issued by DGP, Odisha, Abhay, the Crime Branch will take over the probe into the alleged espionage case today.

Earlier in the day, the four contractual employees of the Integrated Test Range of DRDO in Chandipur were forwarded to the court following medical examination. They were sent to a 14-day judicial custody.

A case against has been registered against the four accused under sections 120-B/121-A/34 of IPC-R/W and sections 3, 4 and 5 of the Official Secret Act for committing offence of causing serious harm to the security, sovereignty and integrity of the nation.

Media reports suggested the four contractual employees of ITR, Chandipur, were honeytrapped to provide information on activities at the test facility. Agents of a foreign country, suspected to be Pakistan, contacted the four accused on Facebook Messenger and later remained in touch on WhatsApp using fake names. The agents gave them money in exchange of the secret information, the reports added.

During raids prior to the arrest of ITR’s four contractual employees, the Balasore police seized several incriminating materials from the possession of them.

In January 2015, a former DRDO employee Iswar Chandra Behera working at ITR, Chandipur, was arrested on charge of spying for Pakistan Intelligence Agency, ISI. He was convicted and awarded life imprisonment in February this year.