Odisha: Criminal accused in over 60 cases injured in police encounter 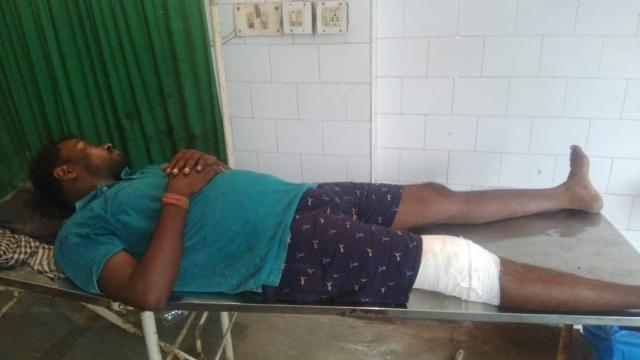 Kendrapara: A dreaded criminal was injured in an encounter with police at Deshapur under Derabish police limits in Odisha’s Kendrapara district early this morning.

The injured criminal has been identified as Santosh Mallik (36), who is accused in more than 60 cases including those of murder and dacoity, sources said.

Police tried to apprehend Mallik while he was planning to execute a dacoity in Deshapur area. He opened fire at the cops in a bid to escape. During retaliation ny police, he sustained bullet injuries on his right leg.

Mallik has been admitted to the Kendrapara district headquarters hospital for treatment. A motorcycle and a pistol have been seized from his possession.