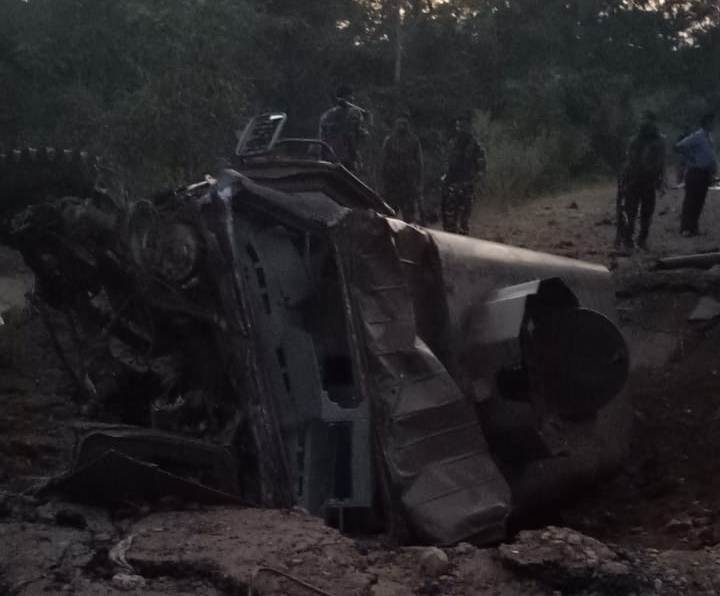 Bhubaneswar:  B M Behera, a Central Reserve Police Force (CRPF) trooper from Odisha, was martyred today after Maoists blew up a mine-protected-vehicle (MPV) in Chhattisgarh.

Behera was posted as the driver with 168 Battalion of the CRPF.

As many as four CRPF jawans were killed and two others were injured after Maoists blew up their anti-landmine vehicle in Bijapur district of the poll-bound Chhattisgarh.

The blast took place around 4 pm near Murdanda camp of the CRPF under Awapalli police station, when its 168th battalion was out on “area domination” operation, said Bijapur Superintendent of Police Mohit Garg.

The SP said: “When the vehicle carrying six personnel was around one km away from the camp, the Maoists triggered a powerful land mine blast.”

“A squad of the CRPF’s 168th Battalion, which was on an area-domination drive from a forested patch of Murdanda village to Timapur, came under intense firing from heavily- armed leftist insurgents,” P. Sundar Raj, Deputy Inspector General (Naxal Operation), told IANS.

The Maoists fired indiscriminately, followed by multiple IED blasts targeting CRPF jawans. The security forces retaliated, causing heavy damage to the rebels. However, four CRPF men lost their lives, while two others were critically wounded. They have been taken to the Basaguda field hospital for urgent medical attention.

The attack took place late on Saturday and a heavy reinforcement has been rushed to the forested site to track down the insurgents.

The attack also sent alarm bells in the political circle, as Maoists typically step up violence in the run-up to elections.

The state goes to polls in two phases — on November 12 and November 20 — to elect a 90-member Legislative Assembly.

Polling in the violence-hit Bastar’s all 12 assembly seats will be held in the first phase.