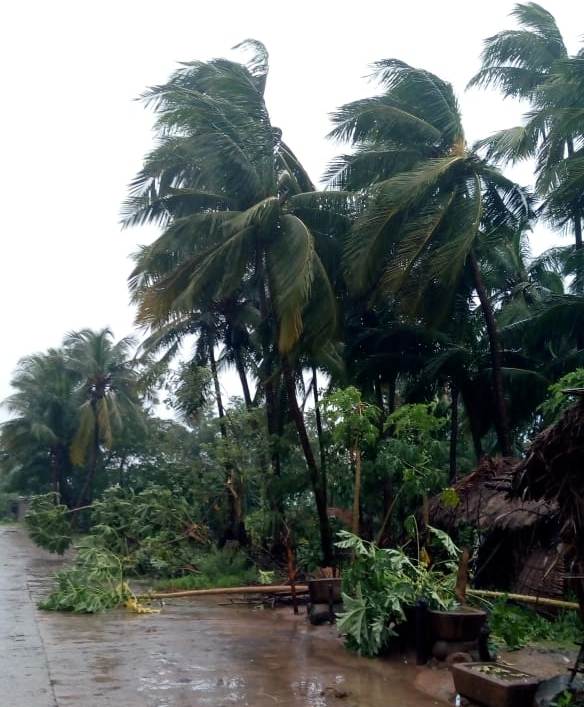 Special Relief Commissioner (SRC) Bishnupada Sethi said Gajapati was the most affected district and a report over the damage has been sought from the Collector.

Roads in Paralakhemundi, Kashinagar, Mohana and Gosani were severely damaged resulting in disruption of vehicular movement in the areas, the SRC said, adding that there were no reports of fatalities.

Uprooting of trees were reported on Gopalpur-Berhampur road which affected communication in the route. The situation was similar in Berhampur town where more than 100 trees were uprooted.

Effect of the landfall of the Very Severe Cyclonic Storm was also largely felt in Bhanjanagar and Aska. Many street lights and electric poles got uprooted in Gopalpur as well.

Balasore received very heavy rainfall of 117 mm and Paradip recorded 111 mm of rains. Gopalpur, where the cyclone made its landfall, has so far received 97 mm of rain, and hefty showers were further expected over the region, said Skymet Weather.

About three lakh people were shifted from low-lying and vulnerable areas in Ganjam, Puri, Jagatsinghpur, Kendrapara and Khordha districts. A total of 1,112 relief camps have been opened for the shelter of those evacuated.