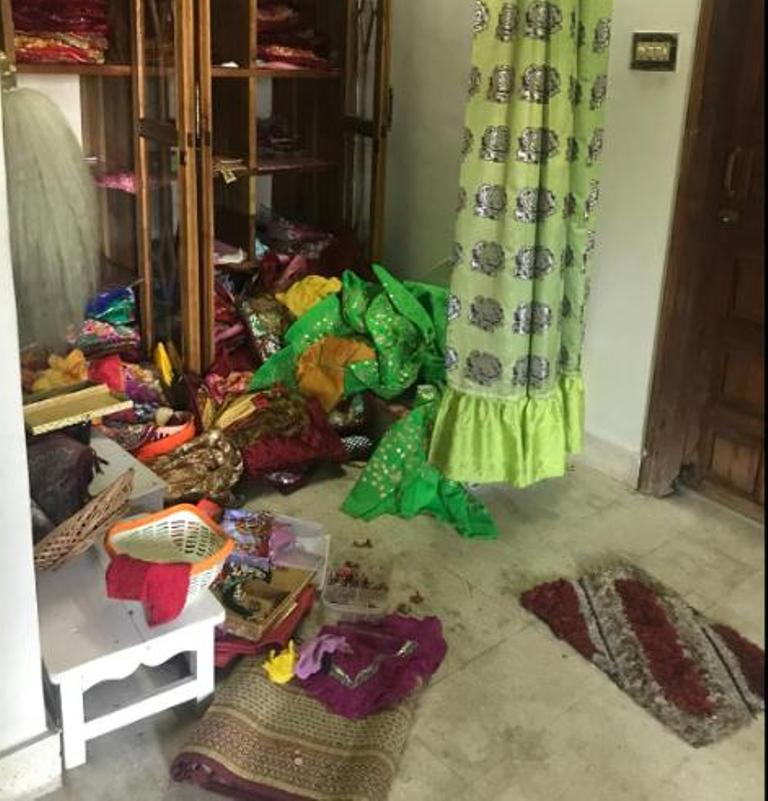 Jharsuguda: Defying the law and order in broad daylight, the miscreants barged into a resident’s house and looted cash and jewelries at gunpoint here in the district today.

The dacoits fled the spot following the crime.

The probe is underway following the complaint registered at police station.

The incident took place at Sarbahal on the National Highway in Jharsuguda between 12.45 pm and 1.00 pm.

According to reports, five miscreants on two bikes barged into the house of Bijay Jhunjhunwala. They looted Rs 6,000 cash and gold jewelries including three chains at gunpoint from his wife Lata and son Anand.

On receiving information from the victim, the police reached the spot and launched probe to nab the dacoits.