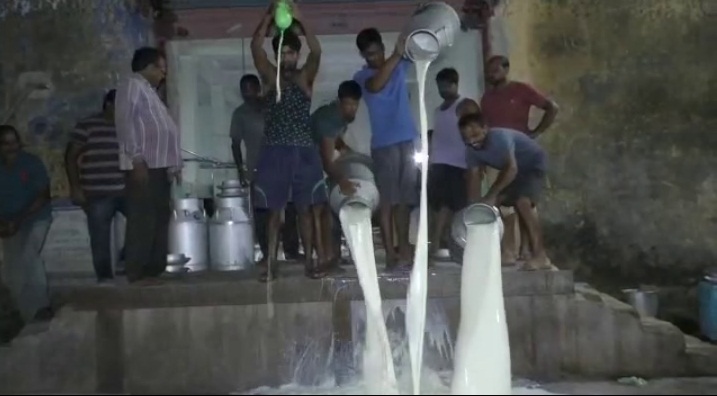 Bhadrak: The dairy farmers dumped gallons of milk outside a pasteurisation plant at Basudevpur in protest against the dairy plant authorities here in the district today.

Hundreds of protestors also locked up the Bamul – a pasteurisation plant – and staged a dharna in front of it over refusal to accept their milk in the morning.

According to reports, the irate milk farmers under Basudevpur block spilled milk in front of the Bamul in the wee hours after the plant authorities on Friday night refused to accept their milk citing ‘substandard’.

The Basudevpur police rushed to the spot to keep constant watch on the situation.

However, no government official visited the protest site today to convince the protestors.

The agitation is likely to be intensified further if the pasteurisation plant authorities remain adamant about their decision.