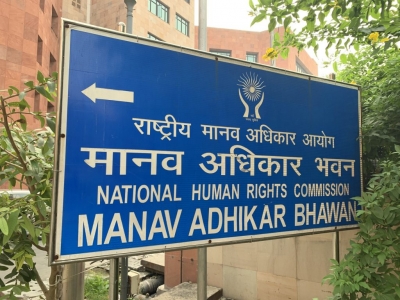 Bhubaneswar: The National Human Rights Commission (NHRC) sought a report from the Odisha government over an incident wherein a Dalit man was allegedly forced to rub his nose in his own spit for refusing to pay donation to the village temple.

The Commission has taken a suo-motu cognizance of a media report of the incident and issued notice to the Odisha Chief Secretary, calling for a report within six weeks including status of the investigation of the case, and the status of statutory relief paid to the victims.

“Examining the contents of the news report, the Commission has observed that the issues raised are of a very serious nature and right to dignity of the victims have been grossly violated,” the NHRC said in a statement on Friday.

When the man said that he had already donated for the deity, the sarpanch allegedly abused him and his wife. However, the sarpanch has refuted the allegation made by the Dalit man.

An FIR has been registered at Marshaghai police station under various sections of the IPC and under relevant provisions of the Protection of the Scheduled Castes & the Scheduled Tribes Act, 1989.