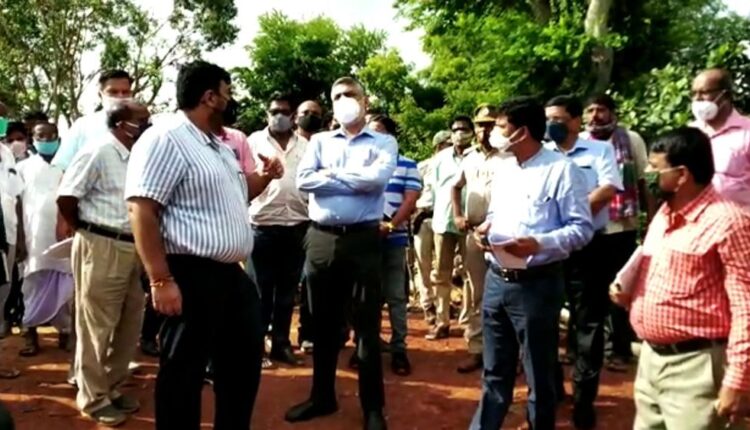 Bhubaneswar: The Odisha government today presented a demand for Rs 1,100 crore before the Central team who are currently in the State to assess the damages caused by the recent flood.

While submitting its initial report to the five-member Central team led by Praveen Vasisth, the State government said mitigation measures are being worked out and will be indicated in the final memorandum.

During its presentation before the Central team, Chief Secretary Asit Kumar Tripathy said about 2.25 lakh hectares of agriculture and crop land have suffered more than 33% damage. Similarly about 1.20,000 houses have been damaged to various degrees. Embankments, roads and public infrastructure have also been damaged, he added.

While praising the efforts of the State Government, the Central team agreed to the suggestion to consider providing financial aid to the state not only in response as per SDRF norm but also include mitigation measures like strengthening of embankments, construction of new embankments, disaster resilient housing support against damaged houses and other resilient infrastructure.

They also appreciated the state’s approach to disaster management and new approach of seeking assistance from the Central Government on mitigation measures.

Praveen Vasisth, the team leader of the Central team was accompanied by Virendra Singh, Amripal Singh, Saswat Mohapatra and SS Modi during the two-day Odisha Visit.

Among others, the Development Commissioner, Special Relief Commissioner, Water Resources Secretary and other senior officials were present in the meeting.

Another legislator of Odisha tests positive for COVID-19