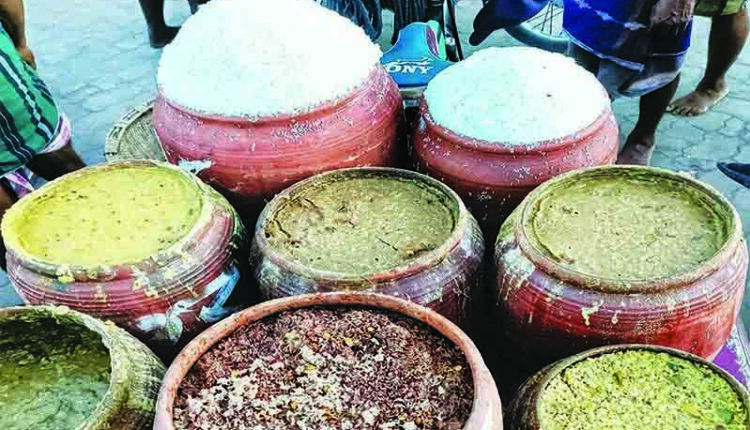 Puri: High prices of Mahaprasad, the delicacies of Srimandir, in the holy month of Kartika have caused resentment among the devotees.

It has been alleged that some middlemen in cahoots with a few Suar and Mahasuar servitors of the 12th century shrine are charging high prices for Mahaprasad.

As per the allegation, the middlemen are now charging anywhere between Rs 700 and 1,200 for a pot of Mahaprasad which was earlier sold at Rs 250.

According to him, the temple delicacies are now being sold at Koilbaikuntha and some other places at Srimandir in violation of the norms laid by the Shree Jagannath Temple Administration (SJTA).

Many devotees, meanwhile, urged the SJTA to take immediate measures to regulate the prices of Mahaprasad.

Notably, the Suar and Mahasuar servitors cook Mahaprasad at the temple kitchen and sell the delicacies to devotees after offering them to the presiding deities.

A few years ago, the SJTA had decided to fix the prices of Mahaprasad as part of the reform measures at the shrine. It had announced to display rate charts of the delicacies at the shrine to save devotees from fleecing.

The shrine administration had facilitated cooking of Mahaprasad separately on December 4, 2018 to estimate the cost of production for the same. It had arranged earthen pots and other commodities for the purpose.