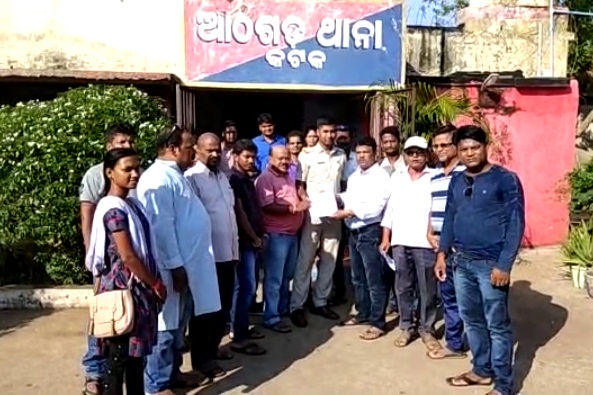 Cuttack: A divisional forest officer (DFO) at Odisha government landed in trouble for ‘beggar’ remark against the journalists on social media.

A complaint has been made by the journalists at Athagarh Police Station against the DFO Sasmita Lenka for her derogatory post on Facebook.

Strongly condemning objectionable comment by a government official, the media fraternity in Athagarh demanded action against her over the social media post that defames entire media and journalists.

In an application addressed to the Athagarh Police IIC on Sunday, they wrote, “The fourth pillar of India Constitution is shocked today after such defamatory statement. The ‘beggar’ remark by a top official in the government is the violation of human rights.”

The complaining journalists urged the police for quick action against the official.

Expressing displeasure over the objectionable post against journalists, Cuttack journalists union of Utkal Journalist Association (UJA) affiliated to Odisha State Unit of IFWJ, New Delhi, sought apology from the DFO and demanded her transfer from Athagarh.

“A woman, who can make such distasteful statement against the journalists on social media, her attitude proves how she may be behaving with her staff,” the association said in a release.

According to reports, Athagarh DFO Sasmita Lenka had termed the journalists as ‘beggars’ and ‘blackmailers’ on her Facebook post on June 16.

What a shame… I have never seen such beggars in my life before…! “Demanding money and blackmailing by using the freedom given to journalists…”
“That’z so ironic….! Everybody is journalist here….!! I’m not here to satisfy all ur illogical demand.! the woman DFO wrote on her Facebook timeline.