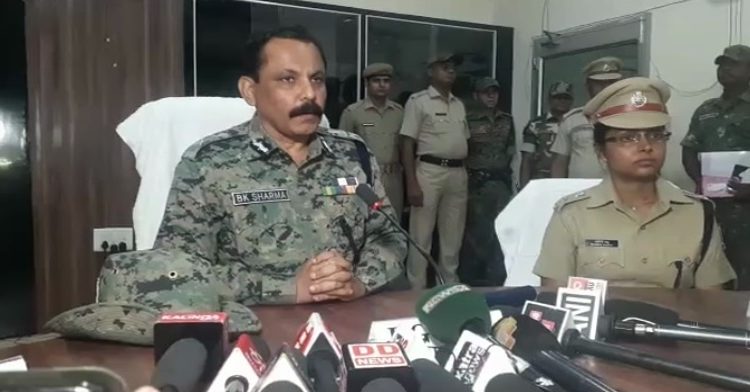 A review meeting was held to conduct the bye-election in Bijepur in impartial and fair manner by following the guidelines of Election Commission, informed DGP BK Sharma.

He said that arrangements will be made as per the EC guidelines for smooth conduct of the bypoll.

“Preventive action is being taken for smooth conduct of the election as per the Election Commission guidelines. Attempts are being made to arrest the anti-socials and absconders,” he said during a presser.

He did not disclose the exact number of police forces to be deployed at polling stations for the poll.

“The SP has made requisition for 30 platoons of forces. The number of forces will be made available after reviewing the situation,” the DGP said.

However, the CRPF and SS battalion forces will be mobilised for the bye-election.

“On the basis of information by the SP, the CCTV cameras will be installed at 15 locations. Four companies of CRPF, three companies of SS battalion will be mobilised. Besides, in view of naxalite activities, SOG teams, DVF forces, local APR and some security personnel from neighbouring districts with experience in smooth conduct of polls in this region will be deployed in Bijepur,” Sharma said.

The security arrangement will be made under supervision of DIG (northern range) and Bargarh SP, he added.