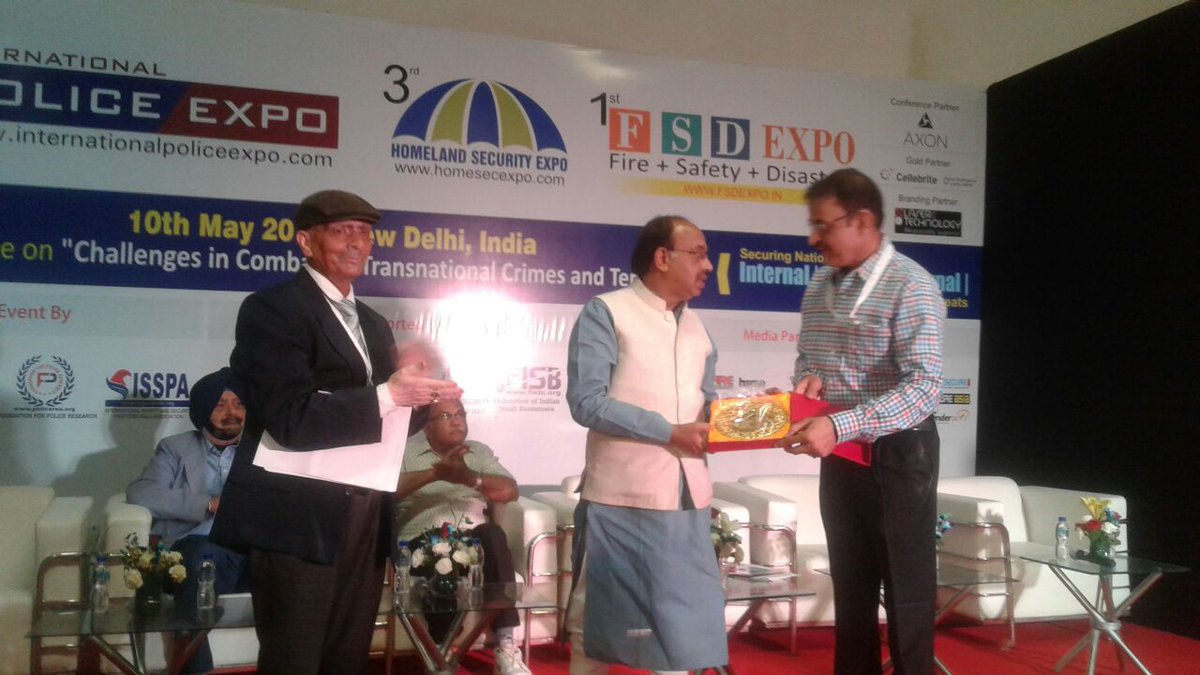 Bhubaneswar: Director-General of Police (DGP) of Odisha, Rajendra Prasad Sharma, has been awarded with the Police Excellence Award by Foundation Police Research in New Delhi.

Sharma, a 1986 batch IPS officer, was conferred with the prestigious award during International Police Expo and Conference held at Pragati Maidan today.

The DGP received the award from Union Minister of State of Parliamentary Affairs Vijay Goel for his exceptional services to public and protecting their rights for a better civil society in Odisha.

In his reaction, the top cop said the award belongs to the people of Odisha who have given him so much respect, recognition and affection.

Happy to receive Police Excellence Award for Public Service from Sh. Vijay Goel, Hon’ble Minister of State for Parliamentary Affairs at New Delhi today. This award truly belongs to people of Odisha who have given me so much respect, recognition and affection in last 32 years. pic.twitter.com/hOldU5MFfs

A native of Rajasthan’s Ajmer district, Sharma is a doctor by qualification and holds a law degree.

The police chief started his career as an ASP (under training) at Police Training College, Angul as well as Bubhaneswar before being posted as SDPO, Rayagada. He served as SP in Kalahandi, Berhampur, Dhenkanal and Balasore between 1990 and 2001. He also served as DIG in Crime Branch and Central Range.