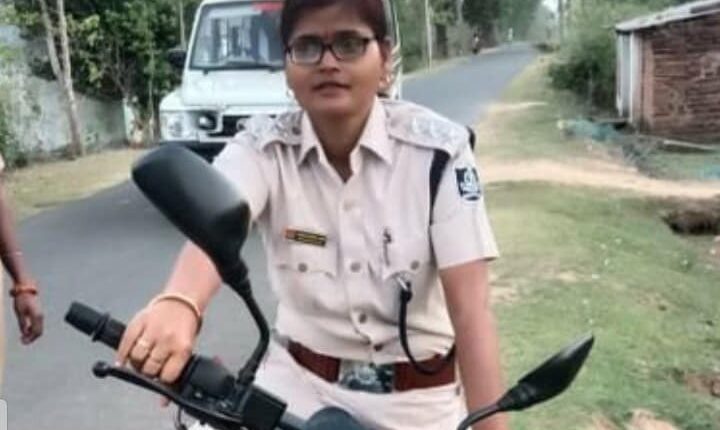 Keonjhar: Taking prompt action against a woman police official for alleged custodial torture of a youth, Odisha DGP today suspended her from duty with immediate effect.

Earlier, Keonjhar SP Mitrabhanu Mahapatra had ordered a probe into the incident after a video of torture on a youth inside police station went viral.

In the video, Patna IIC Sandhyarani was seen kicking and thrashing a youth inside the police station mercilessly. Though other police personnel were present at the scene, they remained only mute spectators without stopping her from act.

In the time of lockdown, the alleged custodial torture by the woman police officer had raised eyebrows of many.

According to reports, the youth identified as Raju Mahant of Talasarua village was brought to the Patna Police Station in connection with a land dispute with three others on March 25. However, IIC Sandhyarani thrashed him at the police station before forwarding him to a local court.

Currently, the youth is out on bail. After the video of torture went viral in media, the youth sought justice.

Following media reports, the Orissa Human Rights Commission (OHRC) on May 19 had directed the State government to pay Rs 10,000 interim compensation to the victim within 10 days.

The commission also ordered the Home Department and DGP to recover the compensation amount from salary of the woman cop from the succeeding month. It also directed the Keonjhar SP and Patna IIC to submit their respective reports on the matter within 4 weeks.