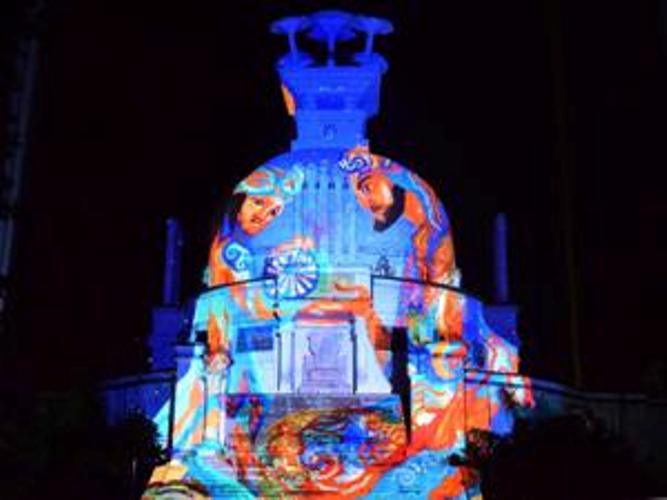 Bhubaneswar: The light and sound show at Shanti Stupa atop Dhauli hill on outskirts of Bhubaneswar is likely to resume tomorrow six months after restrictions imposed by the authorities due to COVID-19 outbreak.

A source in the Odisha Tourism Department said that the show may be held only for one day on the occasion of World Tourism Day on September 27.

On the observance of World Tourism Day, some special programmes will be organised at Dhauli. However, decision is yet to be taken to allow tourists for the light and sound show tomorrow.

Source said that a felicitation programme will be held at 8.00 am on Sunday by maintaining social distancing rule. The light and sound show will be held tomorrow evening for department officials and a minimum number of public.

It is to be mentioned that the light and sound show, which was showing epic scenes from Dhauli’s eventful past, was closed since March this year due to COVID-19 lockdown.

In a joint collaboration of both state and central governments at investment of around Rs 6.6 crore, the show was launched at Shanti Stupa on August 15 in 2015. The initiative had fetched much appreciation from the visitors. The ticket for the show costs only Rs 25.