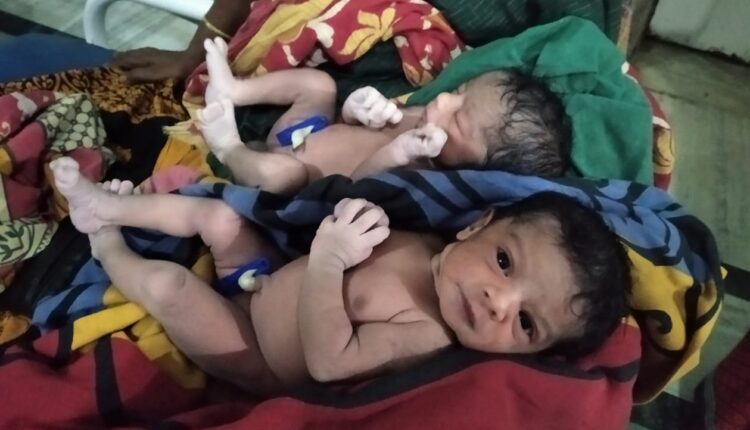 Bhadrak: Amidst the wind-whirls and heavy rainfalls that Odisha withstood yesterday due to extreme severe cyclonic storm Amphan, Bhadrak, one of the affected districts, recorded birth of 60 babies in the last two days. All the newborns have been kept at six different health centres in the district.

As per information, as many as 218 expectant mothers were admitted in different Primary Health Centres (PHCs) and District Headquarters Hospital (DHH) here between Tuesday and Wednesday for institutional delivery. Summing up the birth records from all the hospitals, Bhadrak district welcomed 60 newborns in these two days. While 43 babies were born on Tuesday, 17 more were born yesterday.

Of all the mothers, one Subhakanti Sahu from Dhusuri area  gave birth to twins.

Rejoicing the omen of happiness during these testing times, district Collector  Gyana Das shared the picture of the mother and her newborn twins on his official Twitter account. Later, all Angawadi workers, ASHA workers and other health workers were applauded for their dedicated services that made these deliveries possible during the cyclone situation.