Odisha: Divyang consumes poison in front of Collector, SP over non-redressal of grievance 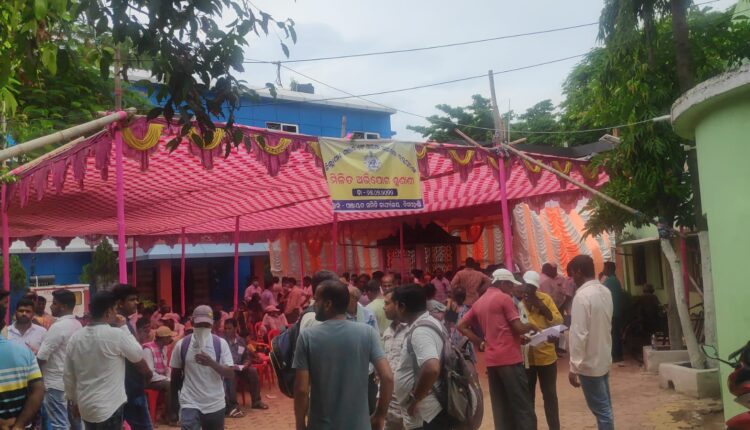 Berhampur: In a shocking incident, a divyang reportedly attempted suicide by consuming poison in front of Collector and SP at a grievance redressal camp at Digapahandi area in Ganjam district today.

The victim has been identified as Balakrushna Dora, a resident of Patand village under Digapahandi Block. He was rushed to the MKCG Medical College & Hospital in critical condition.

Divyang begins India tour from Odisha on tricycle. Here’s why

The health condition of the complainant was stated to be critical till the last report was filed.

Sources said that Dora had written to Governor Ganeshi Lal prior to attempting to end life. As per the letter, the demarcation of his land could not be carried out as he failed to bribe to the concerned revenue inspector.

Dora with 90% disabilities had been approaching the RI for demarcation of his ancestral land. His father Jamanu Bhikari Dora is 70% disabled and his sibling (brother) is a mentally challenged person.

In the letter, he alleged his neighbour of occupying his land for past 30 years when he was a minor. However, the RI did not hear the matter despite repeated requests. With no option left, he decided to take extreme step to end his life.