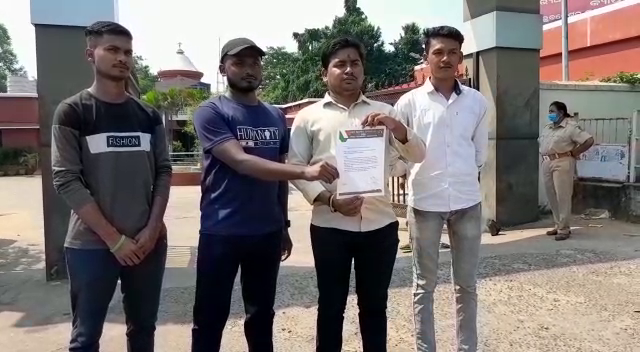 Bhubaneswar: A complaint was filed with the Commissionerate Police over ‘brutal’ killing of a dog by some ‘pranksters’ during Diwali celebration here in the city.

The Utkal Students Association (USA) lodged the complaint at the Capital Police Station in Bhubaneswar seeking stern action against those mischievous people under Prevention of Cruelty to Animal Act for brutally killing an innocent animal.

The dog succumbed to injuries after some youth burst the firecrackers by tying it to the animal’s body on Diwali festival at Bapuji Nagar area on October 25, as per the complaint.

“Some malicious youth in front of Hotel Janpath on Diwali festival caught a stray dog on pretext of giving it food. They fitted the firecrackers to its tail and burst it. The dog’s rear part was severely wounded in the incident. However, the amusement of those youth did not stop there. They again caught the dog and tied the firecrackers around its neck and killed it by burning the explosive items. Later, they went away leaving the deceased dog on the road,” a member of the organisation told media today.

The organisation demanded the police to examine the CCTV footages at the site and take action against those youth for brutally killing the dog.

Firecrackers to be sold at these places in Odisha capital…