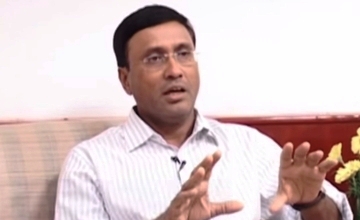 “The ex-gratia package that was announced in 2008 and was in force till today, has been doubled,” informed Principal Secretary of Home Department Asit Tripathy here today.

“Family members of officers above the rank of Inspector who have been martyred used to get ex-gratia of Rs 10 lakh, now they will get Rs 20 lakh. Family members of officers in the rank of Sub Inspector and below who were getting Rs 8 lakh will now get Rs 16 lakh. Earlier, it was Rs 5 lakh for Group D and Group C employees, which has been revised to Rs 10 lakh. This is effective from January 2017. This was announced by the Chief Minister,” he added.

Similarly, ex-gratia packages for those policemen who have been injured in action have also been doubled.

The Principal Secretary said that combing operations have been intensified on the border between Kandhamal and Kalahandi districts.

“In the entire area on the Kandhamal-Kalahandi border combing has begun. I hope and believe that we will be able to give a strong rebuff to the perpetrators,” Tripathy said.

Odisha sanctions ex-gratia for kin of 2 journalists who died…