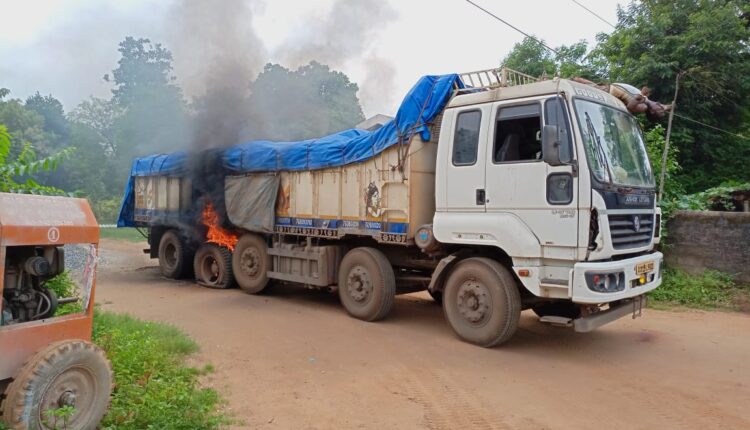 Balangir: In an unfortunate incident, the driver of a truck was charred to death after his vehicle caught fire at Dunguripali village under Gudvella block in Balangir district today.

Reportedly, the ill-fated truck after loading 25 tonne cement from Jharsuguda reached Dunguripali this morning. After parking it in front of dealer Arun Pradhan’s godown, the driver climbed atop the vehicle to unwrap the tarpaulin. While untying the ropes, a three-phase cable snapped off and fell on the truck, following which it caught fire and the drive was charred to death.

On receiving information, Tusura police reached the spot and initiated an inquiry.