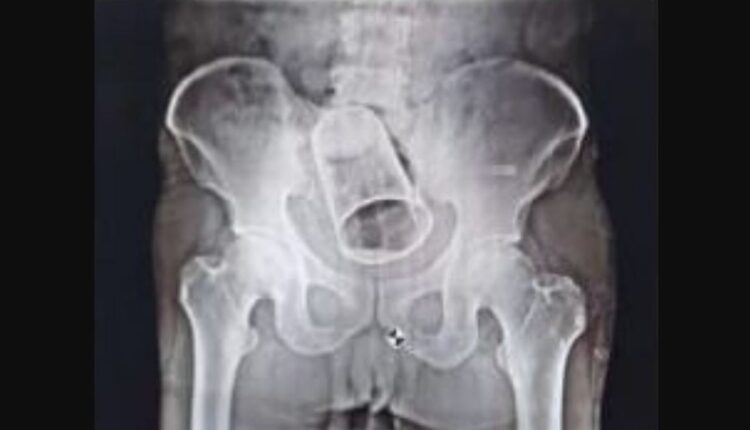 Berhampur: In a bizarre incident, a man from Odisha’s Ganjam district carried a steel glass inside his body with immense pain for eight days as his drunk friends allegedly inserted it inside his rectum.

The object was eventually taken out of the body of the victim, Krushna Rout (45) of Dhehuka village under Buguda police limits, after a surgery at the MKCG Medical College and Hospital here.

According to reports, Krushna had consumed liquor with his friends around eight days ago in Surat, where he works.

Being in an inebriated state, his friends inserted the steel glass inside his rectum, leaving him in severe pain. Rout later returned to his village as the pain subsided.

When the pain resumed and became unbearable, he was admitted to the hospital on August 19. Following examination by X-ray, doctors ascertained the location of the steel glass inside the body.

A team of doctors of the Surgery Department of the MKCG Medical College and Hospital carried out a 3-hour-long operation to remove the glass from the body.

The doctors initially tried to take out the glass through the rectum. As it was not possible, they did the same by carrying out an operation on the abdomen.