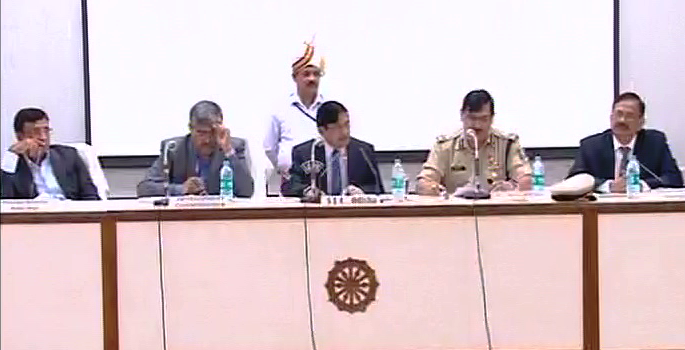 The State Election Commission (SEC) on Friday held a meeting with officials of the Odisha government for the smooth conduct of panchayat elections scheduled from February 13.

The meeting attended by senior officials and all District Collectors and Superintendents of Police here was convened to ensure free and fair three-tier panchayat polls.

“Discussions were held on various aspects of panchayat elections. The main discussion was on conducting polls in a free, fair and peaceful manner,” said State Election Commissioner Rabi Narayan Senapati.

He said the Collectors and SPs were directed to ensure incident-free elections.

Angul Collector Anil Kumar Samal said a detailed discussion was held on law and order at sensitive and hyper-sensitive booths.

The meeting also discussed polling in 126 Maoist-infested blocks, he added.

Elections for 6,805 panchayats and 853 Zilla Parishads will be held, apart from those for electing 92,057 ward members, the official said. (IANS)