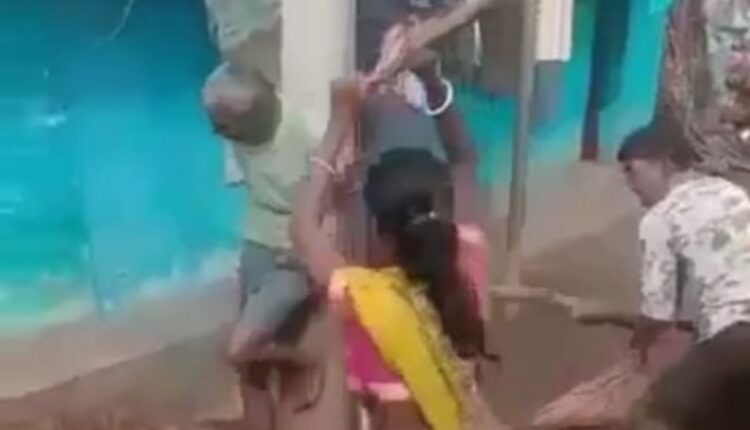 Koraput: In a highly shocking incident, an elderly man was allegedly tied to an electric pole and thrashed to death by his family members at Uparakutinga village under Laxmipur block of Odisha’s Koraput district.

The deceased was identified as Kursha Maniaka.

According to reports, a dispute emerged between Maniaka and his family members as he broke the asbestos sheets of his son’s house, yesterday.

The incident turned violent as Maniaka’s brother, son and daughter-in-law tied him to an electric pole and thrashed him with stick.

The victim sustained injuries due to the assault and died on the spot. Later, the accused cremated the body with the help of some villagers.

The matter came to fore as a video of the elderly man being beaten went viral on social media.

The Laxmipur police today raided the village and nabbed one of the three accused while two others managed to flee.

Efforts were on by cops to trace and apprehend the duo.