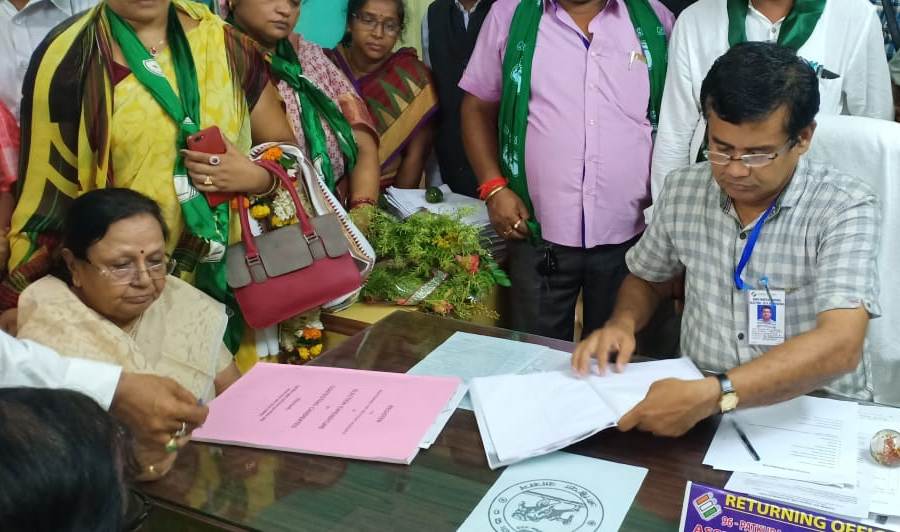 Kendrapara: BJD candidate for Patkura Assembly seat, Sabitri Agarwalla today filed her nomination at the office of the Kendrapara Sub-Collector.

She arrived at the office with her supporters & party workers and submitted the nomination papers in the presence of the concerned Returning Officer.

The BJD had yesterday announced Sabitri as its nominee for Patkura assembly constituency. She is the wife of late BJD leader Bed Prakash Agarwalla.

Election to the Patkura assembly constituency, which was earlier scheduled to be held on April 29, was countermanded following the death of BJD candidate Bed Prakash Agarwalla and rescheduled for May 19, the date for seventh and final phase of elections in the country.

The BJP and Congress have fielded Bijoy Mohapatra and Jayanta Kumar Mohanty for the seat, respectively.