Odisha emerging as a leading destination for industries: Naveen 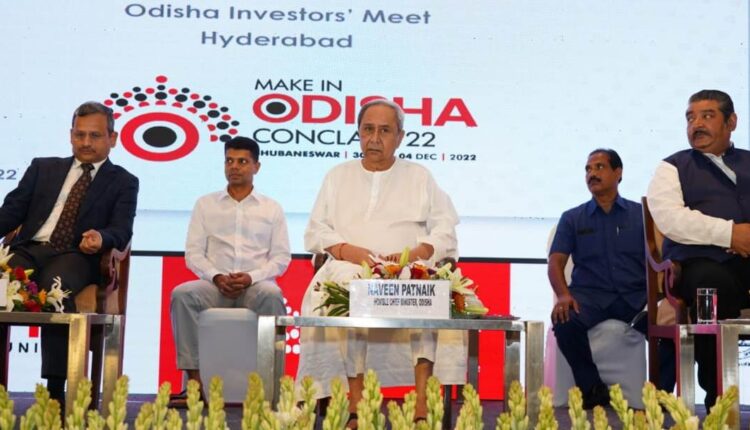 Bhubaneswar: Odisha is emerging as a leading destination for industries and investment due to its abundant natural resources, skilled manpower and stable governance, said Chief Minister Naveen Patnaik at Odisha Investors’ Meet in Hyderabad today.

“Odisha is ranked among the top states of India in terms of live manufacturing investments and has been accorded the ‘Achiever’ status in the recently released Ease of Doing Business ratings. Odisha is in a take-off stage and will witness high growth in the next 10 years. We are now progressing fast in every sector,” added the Chief Minister.

The Chief Minister claimed that most of the top Indian IT companies have established their centres in Bhubaneswar. The state government is also providing continuous support to the start-up ecosystem in the capital city.

Patnaik also spoke about the upcoming Make in Odisha Conclave-2022, scheduled to be held in the capital city from November 30 to December 4 this year.

“The Make in Odisha Conclave-2022 is a platform for our state to showcase our growth story and present what we have to offer to investors across the globe. It is a platform for industry captains and thought-leaders to talk about the future outlook of various industrial sectors,” Patnaik elaborated.

Odisha is committed to provide an ecosystem for job linked industrial growth. The state government would like to offer the best incentives in the country for promotion of business opportunities in Odisha, revealed the Chief Minister.

The Chief Minister invited the investors and industrialists to the Make in Odisha Conclave-2022 and asked them to invest in the state.

“I am here to invite you all to Odisha and be part of our transformative journey. Come, invest in Odisha and be our partner in ushering in a new industrial age in the state,” said the Chief Minister.

Patnaik also expressed his admiration for Hyderabad as a major destination for technology, pharmaceutical sector and manufacturing.

Industries Department Principal Secretary Hemant Sharma made a presentation on the industrial ecosystem in Odisha and the Make in Odisha Conclave-22.

Electronics & IT Department Secretary Manoj Mishra spoke about the emerging IT/ITeS ecosystem in the state. He also highlighted the growth-focused and future-oriented policies of the state government on IT sector, Data Centre, BPO and Electronics to attract investments to Odisha.

Start-Up Odisha Executive Chairman Dr. Omkar Rai focused on the ever-growing start-up ecosystem in the state. FICCI Director General Arun Chawla and senior officials from the Industries Department and IPICOL were present at the meet.

Notably, the state government in collaboration with FICCI, the national industry partner for Make in Odisha Conclave-2022, hosted the Odisha Investors’ Meet in Hyderabad. Around 350 delegates from several industries participated in the event, which also witnessed about 40 government to business meetings. 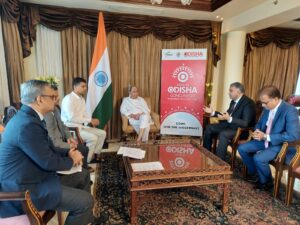 Earlier in the day, the Chief Minister met several senior industrialists across sectors to discuss their plans for Odisha and personally invited them to the Make in Odisha Conclave-2022. During the discussions, Patnaik highlighted the major pro-business reforms undertaken by the state government and asked the industrialists to explore Odisha as a potential destination for their businesses.

Odisha to fill up vacant posts in govt high schools