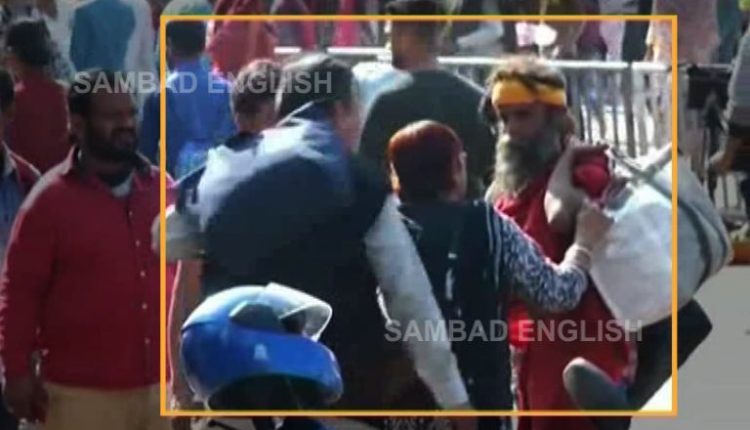 Puri: Plastic Engineer Girija Shankar Mishra, who was found begging on ‘Badadanda’ in Puri town, has been taken back home by his family members today.

Girija’s brother, sister and niece came to know about his whereabouts from media reports. They rushed to the holy town and persuaded him to go back home.

After all, they succeeded in their efforts and it was a new beginning for Girija.

Girija Shankar created curiosity among people when he filed a complaint written in English at the Puri Town Police Station against a rickshaw puller on Friday.

When asked why he has taken up begging despite being highly qualified, Girija Shankar replied he did not want to compromise on his principles while working in the corporate sector.

Girija Shankar Mishra had passed Diploma in Plastic Engineering from a reputed engineering college in Bhubaneswar. He is a resident of Jaydev Vihar area and his father was a Deputy Superintendent of Police.

After the media telecast about his present condition, family of Girija Shankar were seen taking him back home.