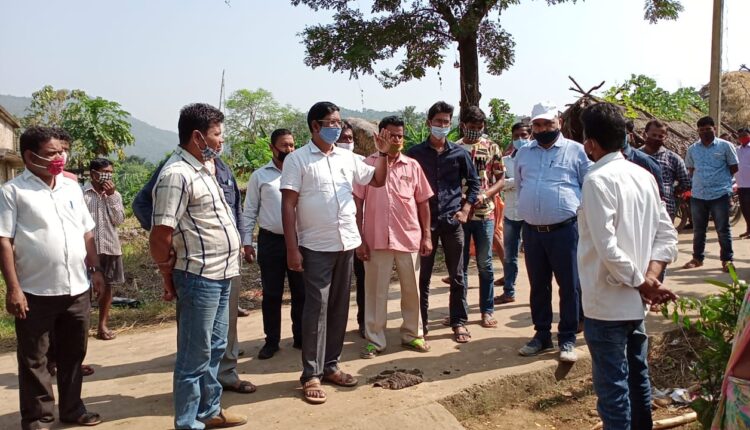 Swain further said the State Excise department and the Police have already submitted a joint preliminary probe report on the incident.

It is worth to be mentioned that four persons died and three others were critical after consuming country liquor provided by the Contractor on the day of Dussehra in Patharagada village. While two youth died in the village, two others succumbed while undergoing treatment at the Angul District Headquarters Hospital. As per the latest reports, two others are still hospitalized at the Angul hospital whereas another was shifted to the SCB Medical College and Hospital in Cuttack.

The Angul Collector added samples of the country liquor have been sent to the laboratory and report is awaited. Viscera samples of the bodies of the deceased were also sent for tests, he said, adding that the reason of the deaths will be known after receiving all the reports.

Meanwhile, Athmallik MLA Ramesh Chandra Sai and Angul Sub Collector Basudeb Satpathy visited the families of the four deceased and handed over financial assistance of Rs 10,000 each from the Redcross Fund. Also, Rs 2,000 each was given to the families under the Harischandra Yojana.

Sai demanded stringent action against the people responsible for the deaths of the four labourers.