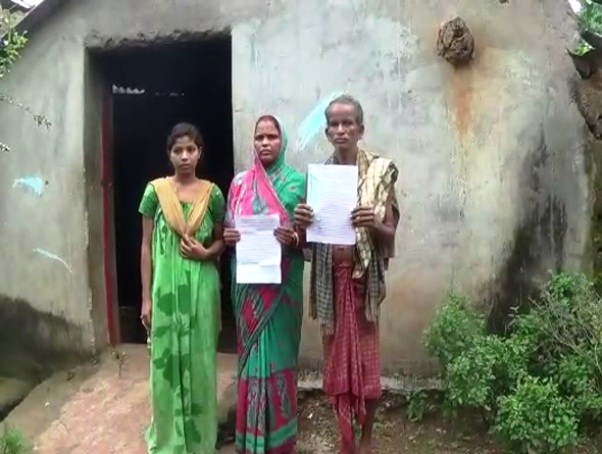 The incident was reported from Masania village under Begunia block where a person namely Jay Krushna Sahoo along with his family appealed to the district collector seeking ‘euthanasia’, which is also called ‘mercy killing’.

According to reports, Jay Krushna along with his family roamed on village streets after forceful possession of his homestead land by neighbourers. He moved tehsil office and district collectorate to claim ownership of land. However, his efforts went in vain.

Later, the victim sat on ‘hunger strike’ in front of tehsil office seeking justice. Even as the tehsildar assured Jay Krushna to solve the matter, the latter waited long days to take into possession of his occupied homestead land.

Being fumed over Jay Krushna, finally the villagers ostracised him and his family from the village.

“We are banned to avail basic facilities at village. Even restriction has been imposed on us to enter into temple. Our daughter is denied education after we fought for justice,” Jay Krushna said.

“The tehsildar promised us to look into our grievance, but failed to take steps against encroachers. As we were harassed and disappointed approaching the authorities for justice, we seek permission from the collector to end our lives,” he added.

Odisha: 7,258 students to get scholarship under KALIA Chhatra Brutti