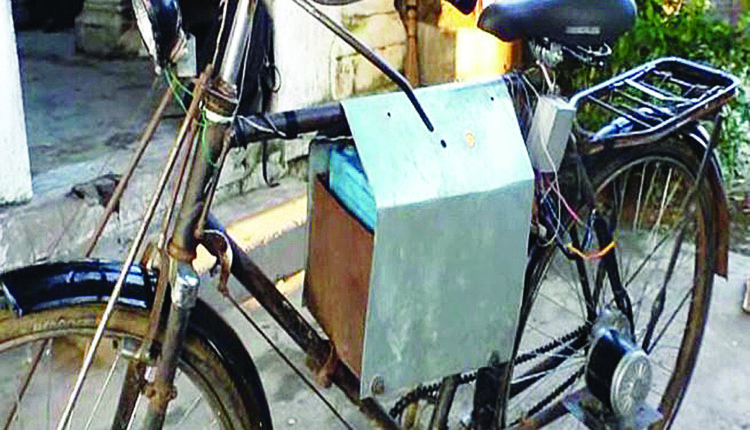 Boudh: While farmers across the country always remain in headlines for suicide over crop loss or loan burden, a person in same occupation in Odisha is now earning appreciation for his significant work.

Farmer Dilip Mohapatra, a native of Bamanda village in Boudh district of Odisha, has developed an environment-friendly bike on his own efforts by bearing the expenses from his pockets.

The most interesting feature of the bike is that it can run 30 km per hour without petrol or diesel.

The farmer has used two 12-volt batteries and a 35-watt motor in the bike. The vehicle can run upto 80 km on single charge of the batteries for 4-5 hours.

The bike has an accelerator, a controller to adjust the speed of the vehicle, an LED headlight and a bat light.

Reportedly, Dilip has brought the motor from a shop in Delhi.

While a battery operated bicycle normally costs around Rs 50,000 at Indian markets, Dilip has spent between Rs 10,000 and Rs 15,000 to develop the vehicle, which does not cause noise or air pollution.

With achieving success in the project, Dilip is now aiming at making a battery powered cart at low expenses for farmers in future.