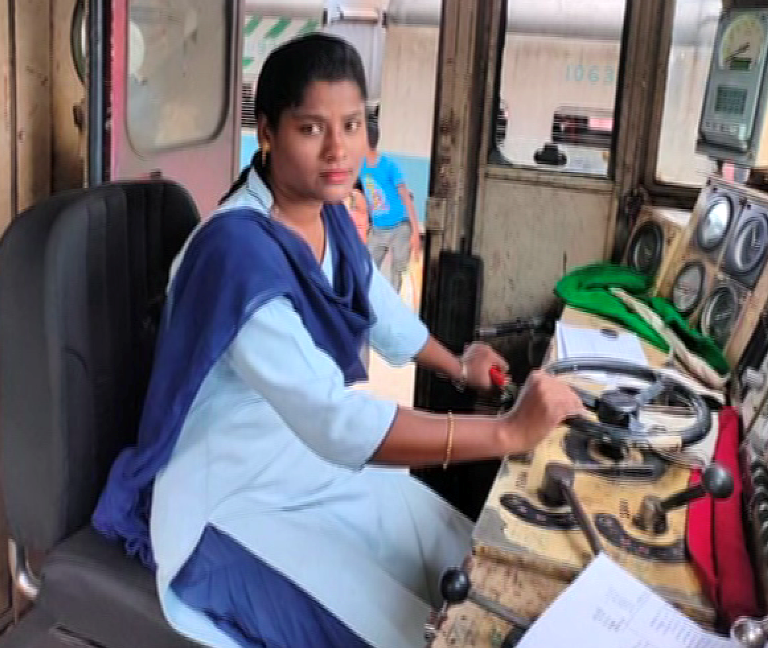 Balasore: Where there is a will, there is a way. Mamata Sahu of Narayanpur village under Baliapal block in Balasore district is an inspiration for many as she has become a Loco Pilot in South Eastern Railway, Kharagpur Division.

Born to a farmer’s family, Mamata had the dream of doing something extraordinary since her childhood. Despite her financial constraints, she secured 75 per cent marks in Class 10 examination and later got enrolled in Plus Science. Carrying a dream, Mamata went to Jharsuguda to study Diploma in Engineering. After completion of the course, she went to Chennai and worked in a private company with a very less price.

Mamata, who was not happy with the private job, continued her struggle and worked hard towards her dream. In 2013, success finally knocked at the door of the young woman when she got an appointment from South Eastern Railway, Kharagpur Division for the post of Assistant Pilot.

However, her tragedy did not end there as people started taunting and discouraging her for her ‘male-dominated’ job. But this did not stop Mamata as she continued working on her dream.

From Assistant Pilot of a freight train, she is now driving passenger train helping lakhs of people reach their destinations.