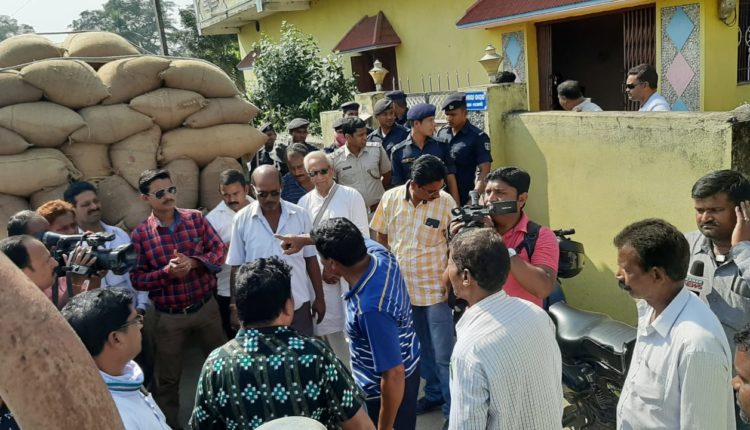 In Sambalpur, the farmers  staged protest by parking paddy-laden vehicles near the residence of Rengali MLA Nauri Nayak at Bhatra and Rairakhol MLA Rohit Pujari at Sakhipada. They also dumped sacks containing paddy in front of the house of Sambalpur MLA Jayanarayan Mishra and staged a dharna near the residence of Kuchinda MLA Kishore Chandra Naik. Policemen were deployed at the spot to avoid any untoward incident.

On the other hand, effigy of Food Supplies and Consumer Welfare Minister Ranendra Pratap Swain was burnt by farmers at Attabira in Bargarh district. The also locked up the office of Civil Supplies Department in the district.

The farmers alleged that introduction of centralised token system has led to delay in paddy procurement. As per the system, tokens will be issued 15 days prior to procurement of paddy and sent to registered mobile numbers of farmers for selling paddy at the market yards.

Odisha rejects proposal of ganja cultivation for medicinal use