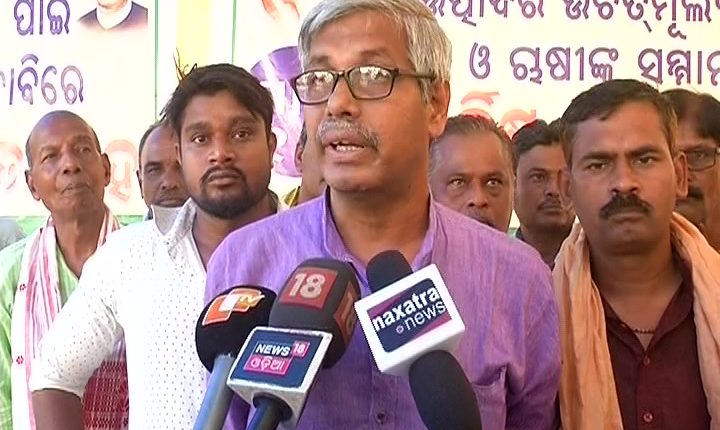 Bhubaneswar: Farmers under the aegis of Navnirman Krushak Sanghathan (NKS) in Odisha have decided to hold padayatras from October 29 to November 5 demanding proper price for their agricultural produce, prestige and pension.

Announcing this in a press conference here, NKS National Co-ordinator Akshay Kumar said one padayatra will begin from Kuakhia in Jajpur district and another from Balugaon in Khurda district. Both will be culminated in Bhubaneswar.

He said thousands of farmers will join the padayatras in order to put pressure on the State government to fulfill the long-standing demand of the farmers.

The State government should make provision to allocate of Rs 21, 600 crore in its annual budget towards giving pension of Rs 5000  per month to around 36 lakh poor farmers in the State, Kumar said.

He further added that the farmers will demand to increase the minimum support price of paddy to Rs 3000 per quintal from Rs 1750 now.

The farmer leader also said that the State government should announce bonus of Rs 500 for every quintal of paddy in recognition of their hard work.

“As several farmers in south Odisha have lost their crops due to the cyclone Titli and subsequent floods, the State government should waive of farm loans,” Kumar urged.

The farmers, during padayatras, will hold discussions with local people and urge them to join with them.

Shocking! Man kills in-laws, wife by setting them on fire in Odisha