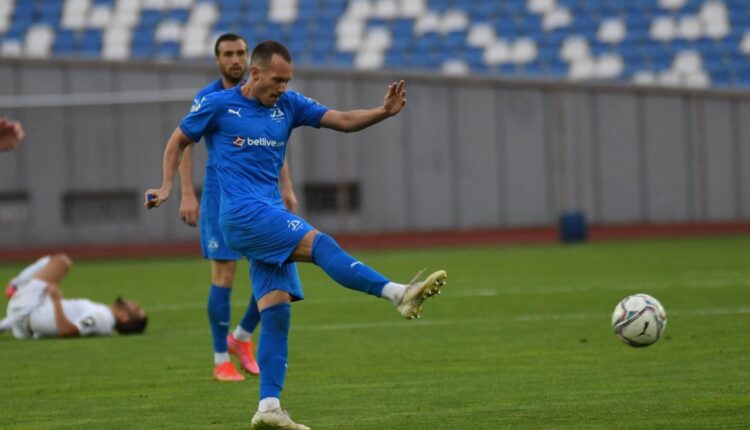 Bhubaneswar: Odisha FC on Monday announced that they have reached an agreement with Spanish defender Victor Mongil which will see the Hero Indian Super League (ISL) winner playing for the Bhubaneswar-based side in the eighth edition of the League.

The 29-year-old started his youth career with Spanish club Valladolid and went on to play for their B team before representing the main team in 2011-12 season. He then played for different clubs in Spain including Atletico Madrid B before signing for Georgian professional club FC Dinamo Tbilisi in 2019. Victor helped Dinamo Tbilisi win the title in Georgia and also represented the club in the UEFA Europa League.

The experienced centre-back signed for ATK in the January transfer window of the 2019-20 season of the ISL in which the Kolkata-based side clinched the title. He again returned to Dinamo Tbilisi after his stint with ATK in 2020. Victor also has the experience of representing the Spanish U17 national team.

Speaking about the new signing, Club President Mr. Raj Athwal said, “We are very pleased to have secured the signature of Victor Mongil. A ball-playing centre-back, he reads the game well and has a winning mentality having won the league twice while at Dinamo Tbilisi and in the Indian Super League with ATK. Having played in Europe and the UEFA Europa League, Victor will bring stability and experience to our defence and will be a major influence on our younger players.”

Odisha FC’s newly-appointed Head Coach Kiko Ramirez stated, “One of the most important reasons why we approached him is that he is a versatile player and can play in various positions. He has great vision of the game (especially for long passes), is a great defender, who can play in all positions of the defensive line, and he also can act as a defensive midfielder giving balance to the team. Another important aspect is that he knows the League because he has won it, and has an advantage to help new players to adapt to the competition. He is also a very competitive player and creates a good atmosphere in the locker room.”

In his message after joining the Club, Victor expressed, “I am very excited and happy to join Odisha Football Club. I am looking forward to having a wonderful time on the pitch for OFC and will definitely make the fans feel proud. C’mon Odisha, see you soon.”