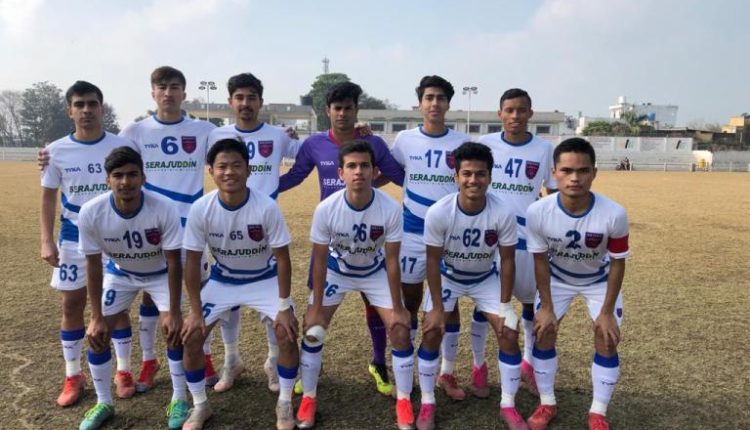 New Delhi: The Odisha FC under 18 team have registered a huge 7-1 win against Youth FC in the ongoing Hero Elite League 2019-20 at the YFC Rurka Kalan Stadium in Punjab. Akshunna Tyagi scored three goals for OFC while Rishabh Dobriyal registered a brace. Prananjay Singh and Jones Lalthakima also scored one each in the big win for Odisha FC colts.

Odisha FC started the game on a great note as they dominated the proceedings with Tyagi finding the back of the net twice in the 9th and 14th minutes. Dobriyal ensured that the Bhubaneswar-based team go 3-0 up in the 27th minute. Soon after that, Prananjay and Jones also joined the party in the 36th and 42nd minutes respectively.

Akshunna went on to score his third goal of the match seconds before the half-time and Odisha juniors went into the break with a strong lead of 6-0.

Gurwinder Ram managed to score the only goal for Youth FC and that came in the 55th minute of the match but that was not enough to stop OFC’s juggernaut. Dobriyal scored his second goal in the 65th minute and eventually, Odisha FC under 18 boys won the match by 7-1 goals in the end.

Odisha FC will meet Sudeva Football Club in their next game of the Hero Elite League on January 18.