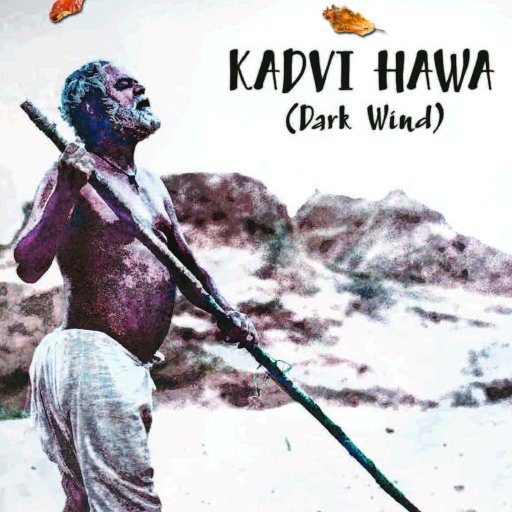 Bhubaneswar: “Kadvi Hawa”, a film by National Award winning filmmaker Nila Madhab Panda from Odisha, has been selected to feature in the second edition of the India Kaleidoscope Film Festival (IKFF), New York.

The second edition of IKFF will be held from November 9 to 12.

“Kadvi Hawa”, touted as the first Bollywood film on climate change, has got the honour as the opening film for the festival.

Kadvi Hawa had received a Special Mention at the 64th National Film Awards earlier this year. It features Sanjay Mishra, Ranvir Shorey and Tillotama Shome in the lead.

The film stars Ranvir as a young bank loan recovery agent and Sanjay as a blind old farmer. The story revolves around these two ordinary people fighting for survival in two extreme weather conditions.

Panda is quite happy on hearing his film being selected for the festival.

The natural resources that we have consumed cannot come back to us. Through cinema, we want to educate people about the environment. I am not offering any solution with this film. All I want to tell is that let’s just be conscious about our natural resources, save it and do not damage it further,” the filmmaker hailing from Sonepur in Odisha added.

The film has been produced by Drishyam Films, Akshay Parija and Nila Madhab Panda.

Worth mentioning, Director Prakash Kunte’s “Cycle” will be the closing film.

Bollywood actress Priyanka Chopras produced “Pahuna” and filmmaker Anurag Kashyap’s “Mukkabaaz” are among other films which have been shortlisted for screening at the film fest.

The film festival will include three films from northeast India and will be focussing on films made by women filmmakers.

The extravaganza will screen eight feature films, seven of which will be US or North American premieres.

All films will be screened with English subtitles. Most films will feature directors in person.

India Kaleidoscope, a collaboration between the Museum of the Moving Image and The India Center Foundation, presents film lovers a chance to immerse themselves into the Indian regional, independent film landscape.