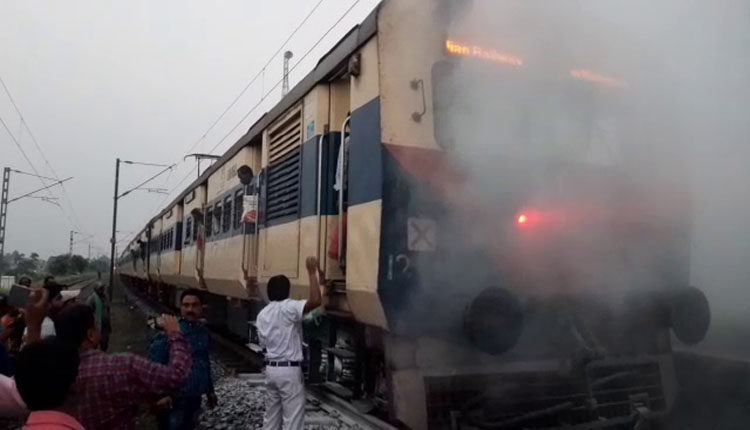 Balasore: As many as 700 passengers had a narrow escape when fire broke out in the last bogie of Bhadrak-Kharagpur Memu train today.

Railway employees at Bahanaga station doused the fire after the loco pilot applied emergency break to the train. At least 150 passengers were travelling in the bogie in which the fire broke out, sources said.

“Our employees doused the fire with extinguishers. No one was injured in the incident. The exact reason behind the fire incident is yet to be ascertained,” said a railway official.

The Memu train got stranded at Bahanaga station due to some glitches in its engine, said the official.

Sextortion: Past life of Archana Nag probably transformed her into a ‘woman honey trapper’