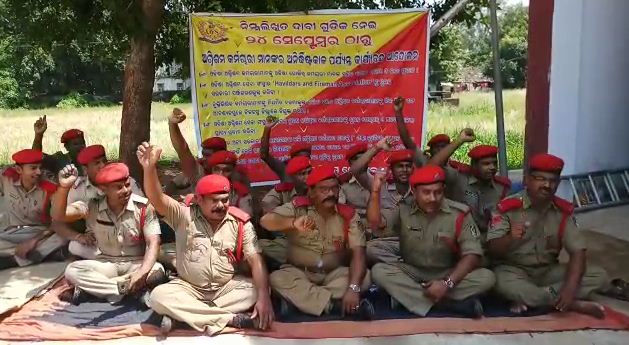 Bhubaneswar: Fire Department personnel across Odisha launched a cease-work strike for an indefinite period starting from today demanding fulfilment of their demands.

Fire services in the state are likely to be affected due to the stir. The agitators are demanding fulfilment of their six-point charter of demands.

The demands are equal salary and pension to Fire personnel as provisioned for Odisha police, eight-hour duty and fixation of job chart, filling up vacant posts, abolishment of contractual appointments and government registration of the association of the Fire personnel.

The agitating officials had earlier apprised the Chief Minister, Chief Secretary and other concerned senior officers about their demands but no action was taken in this regard, following which they resorted to strike, the Odisha Fireman and Havildar Association said in a press release.

Gurukul to be set up for Sri Mandir servitors in Puri