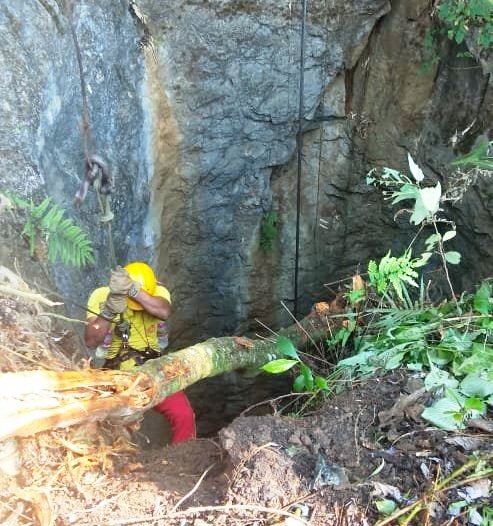 Shillong: Odisha firefighters on Thursday resumed dewatering a shaft near the main shaft of a coal mine in Meghalaya’s East Jaintia Hills district where 15 miners have been trapped since December 13.

But the fate of the miners remains unknown.

“Odisha firefighters resumed pumping out water at 10 a.m. from the shaft which they dewatered on Wednesday,” spokesperson Reginald Susngi said.

He said the water level at the shaft, which had receded by 1.4 feet on Wednesday, had increased again on Thursday morning.

“To tackle this problem, the firefighters will operate one more pump to boost the dewatering process,” Susngi said.

Khloo Ryngksan, known as Ksan village, is about 130 km from Meghalaya’s capital Shillong.

Susgni said Coal India Ltd was also expected to start dewatering from the shaft on Thursday by operating a submersible high-capacity 100 horsepower pump.

India’s leading pump manufacturer, Kriloskar Brothers Ltd (KBL), which was roped in by Thailand government in rescuing 12 young Thai footballers and their coach from a flooded cave, has joined in with four specialised high-capacity dewatering pumps.

On Monday, Indian Navy divers had located a wooden structure, coal lying beneath and one rat hole with coal at its mouth inside the flooded mine.

They had sought dewatering the flooded mine so that the divers could dive to the bottom of the 370-feet deep coal pit.

The tragedy came to light after five miners escaped the coal pit.

More than 200 rescuers are taking part in the rescue operations.

The accident inside the coal pit on December 13 morning occurred despite the National Green Court (NGT) ordering an interim ban on ‘rat-hole’ coal mining in the state from 2014.

Coal mine accidents are common in the mountainous state because of unscientific mining procedure, commonly known as “rat hole mining”.