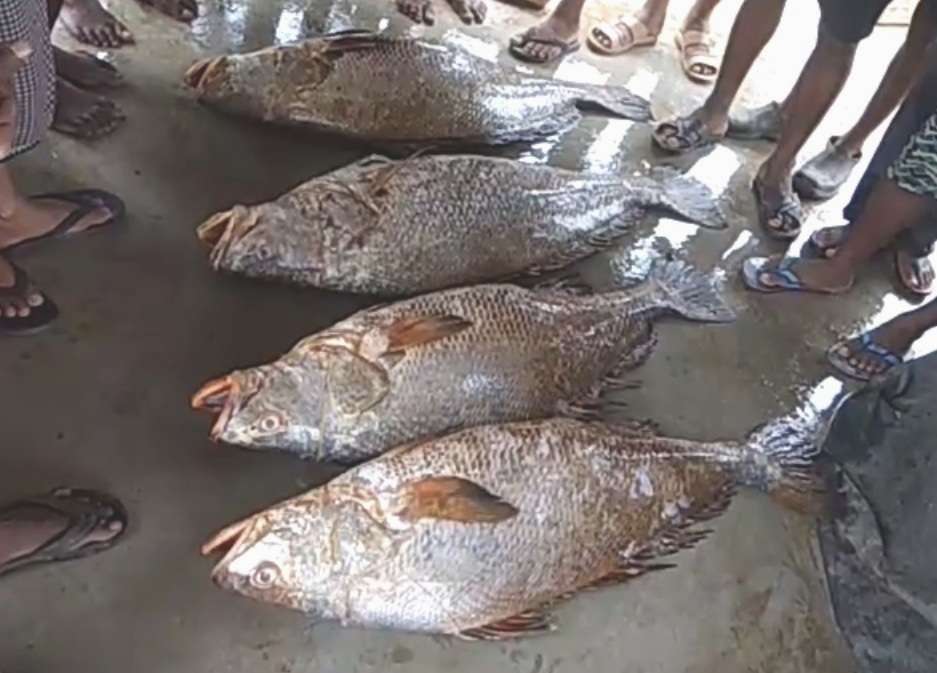 Bhadrak: A school of eight Ghol fish, one of the most exotic and expensive variety of marine fish was caught by Odisha fishermen, off the coast of Dr. Abdul Kalam Island, here today.

Ghol, locally known as Telia and commonly called the blackspotted croaker was caught by a local fisherman, Ashok Giri and his associates when they ventured out into the Bay of Bengal on his boat for their daily catch.

This predatory fish’s heart, titled ‘Sea Gold’ is known to possess medicinal properties. Native to the Indo-Pacific region, this species is hard to catch. They surface predominantly, during breeding season.

25 killed as bus falls into gorge in Himachal