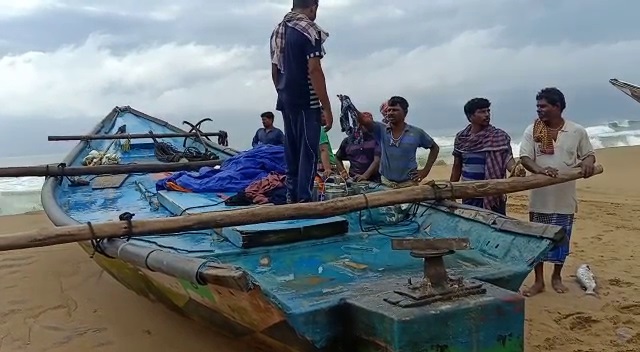 Berhampur: One person went missing and four others were saved after a fishing boat capsized in the sea near Podampeta area in Odisha’s Ganjam district yesterday night.

The missing person was the resident of Podampeta village.

According to reports, five fishermen had ventured into the sea for fishing on Friday night. After they traveled up to 9 km away from the shore, suddenly they encountered storm and heavy rain following which the boat capsized in the rough sea.

While one fisherman went missing in the sea, four others managed to reach the coast safely after hours long struggle in the sea.

The villagers initiated search operation by engaging four boats to trace the missing fisherman in the sea.