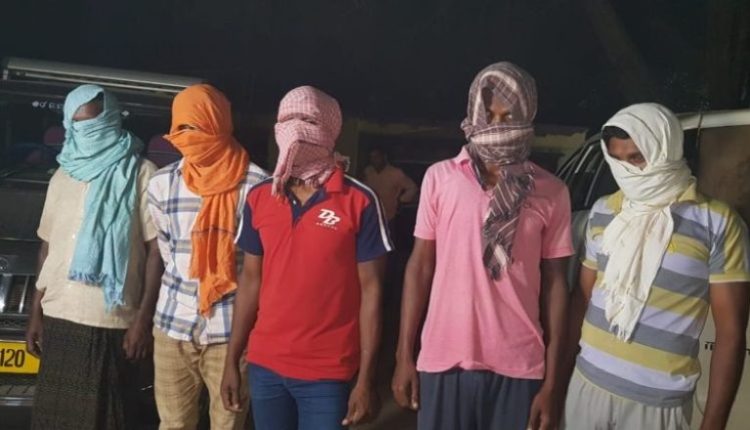 Malkangiri: The Motu police has arrested five persons on charges of identifying themselves as Maoists and threatening a mines owner to extort money.

C. Benugopal, who owns a mine in Petha area in Motu got a phone call demanding Rs 50 lakh. The caller identified himself as a Maoist and threatened to hurl bombs at Benugopal’s house if he fails to pay the extortion money at the earliest.

The caller thereafter frequently called up Benugopal from November 5 to 21 from a mobile number- 8763503987 – and demanded money. This apart, the person called up Gangadhara Rao, an employee of Bengugopal’s mine and demanded Rs 50 lakh while issuing life threats to Bengugopal.

Based on a complaint filed by mines owner Benugopal, the police put the mobile number from where the calls were made to the mines owner on tracking. Following an inquiry, the police identified the caller as one Enka Sonam of Kondapali village.

During questioning, Enka revealed the involvement of Betti Baji of Kamaraguda village, Narayan Marka of Kondapali village, Kunja Badraya from Dumagudam area and Sodi Lenin from Bhadranchalam of Telangana state in the extortion case.