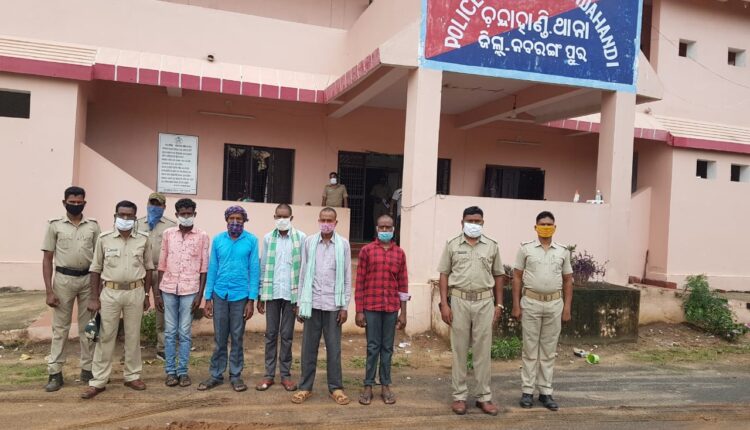 Chandahandi: While there has been considerable progress in society, superstition still rules the roost. This is evident from an incident in Jamadarapada village under Chandahandi police limits in Nabarangpur district where five persons allegedly forced a man to eat human excreta over witchcraft suspicion. Later the police arrested the five persons and forwarded them to the court.

As per reports, one Debisingh Hati (26) of Jamadarapada died due to snake bite on July 4. Family members of Debisingh then invited a sorcerer from Chhattisgarh to perform puja at their house. The sorcerer told Debisingh‘s family members the youth died because of the black magic done by one Hirasingh Dalei of the village.

Debisingh’s family members believed the sorcerer’s advice and then called for a village meeting on July 20 to punish Hirasingh. In presence of elders of the village, the family members of Debisingh beat up Hirasingh and forced him to eat human excreta.

After preliminary investigation, the police arrested the five persons and forwarded them to the JMFC court today.