Odisha for institutionalisation of CSR activities 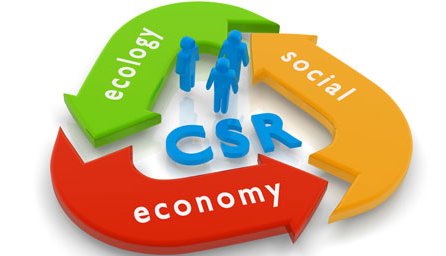 Bhubaneswar: In a bid to put a uniform Corporate Social Responsibility (CSR) spending in place, the Odisha government has held a meeting with top corporates in the state to discuss institutionalisation of CSR activities, an official said on Saturday.

Ten Odisha districts had received about 93 per cent of the CSR spending during 2014-17, the meeting was told.

The state government has constituted a CSR Council headed by the Chief Secretary to institutionalise CSR to reduce disparity in CSR spending and assist corporates to align their CSR activities with the state’s developmental priorities.

The CSR Council, during its first meeting in December, recommended more than 800 projects provided by districts and welfare departments for the corporates to consider undertaking as part of their CSR activities.

The meeting was attended by Social Security and Empowerment of Persons with Disabilities (SSEPD) Secretary Niten Chandra and SSEPD Director Mansi Nimbhal.

Chandra urged the corporates to take the initiative to extend equal job opportunities to people with disabilities.

It was mentioned that the Industrial Policy Resolution 2015 provides the corporates with 100 per cent reimbursement on account of contributions towards Employees State Insuramce and Employees Provident Fund schemes for five years in MSMEs and priority sectors for employing skilled and semi-skilled persons with disabilities.

The state has developed first-of-its-kind interactive portal GOCARE (csr.odisha.gov.in) which acts as a one-stop shop for all CSR-related activities in Odisha.