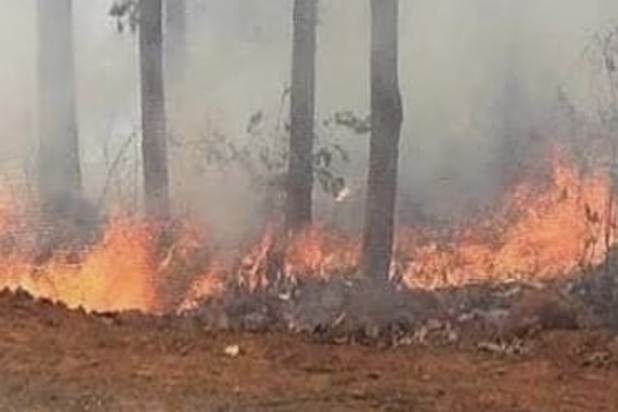 Baripada: Forest fires that erupted around Similipal wildlife sanctuary in Mayurbhanj district of Odisha have raised a concern over threat to biodiversity.

Efforts are underway by the forest officials and fire services department to control the fire before being spread to large part of the forest after fire detected at four places under Gurugudia and Talabandha ranges in Similipal yesterday.

The massive fire in Similipal had caused extensive damage last year. To avoid such casualty this summer, as many as 700 forest officials have been engaged to douse the flames in the dense forest, said an official source.

As many as 500 fire extinguishers have been kept ready and all types of arrangements have been made to control the fire, the forest authorities claimed.

Meanwhile, five persons have been arrested on charges of setting fire in Naana range in Similipal.

The sole intention of accused persons was to hunt wild animals as weapons and other equipment used for hunting have been seized from their possession, informed Similipal ACF Pradip Kumar Dey today.

In the wake of raging fire, day temperature in Baripada town in Mayurbhanj district touched 40 degree Celsius on Monday. The heatwave will continue across the district in coming days during the summer, warned the weathermen.

Odisha businessman duped of Rs 2 crore on pretext of getting loan; 2 nabbed from Mumbai