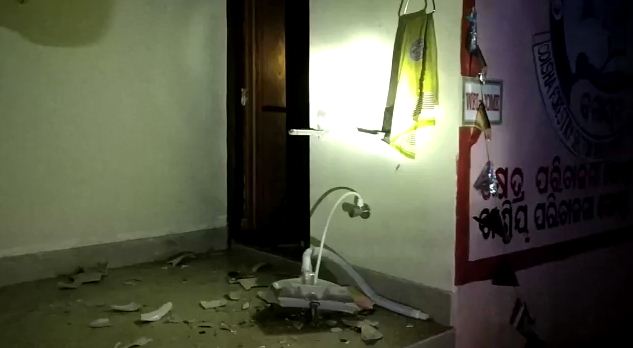 Dhenkanal: Tension erupted in Sarangi Forest Range area of Odisha’s Dhenkanal district last night as locals ransacked the Range office and torched multiple vehicles after death of a person of the locality in elephant attack.

According to reports, one Krushna Pradhan (45) of Sarangi village died after being attacked by an elephant. Irate locals then barged into Sarangi Forest Range office and damaged many articles.

They also set two motorcycles on fire and ransacked an SUV. The locals later staged a road blockade by burning tyres.

On the other hand, Sarangi Forest Ranger Ashok Bhanja has lodged a complaint with Gondia police over the act of locals. Acting on the complaint, police have arrested three persons and forwarded them to court.

An amount of Rs 40,000 has been provided to the family of the deceased by the Forest department for the last rites. The elephant will be tranquilized and shifted to a different place, the Ranger said.