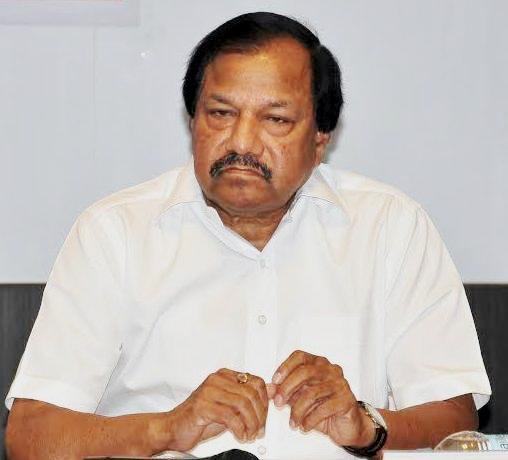 A team of 15-20 CBI officials had reportedly raided the residence of Behera here early this morning. Kamalakanta Das, owner of a hotel, has also been arrested by the central agency in this connection.

“Ashirbad Behera has been arrested on the basis of a non-bailable warrant issued by court. We will not take him on remand,” said CBI SP Jaya Narayan Rana.

The CBI had last month filed a supplementary chargesheet against the two under relevant sections of IPC and Prize Chits & Money Circulation Schemes (Banning) Act, 1978.

“In lieu of the same, they allegedly received a sum of Rs one crore (approx.) from the said Group of Companies in the garb of sponsorship of the Odisha Ranji Cricket Team and title sponsorship of Odisha Premier League, 2011,” the release added.

“You all know what the motive behind my arrest is,” Behera told reporters after his arrest.

Meanwhile, his son Sanjay Behera alleged that it is a conspiracy against his father prior to the conduct of Odisha Cricket Association (OCA) elections. “Our opponents are trying to put pressure on us ahead of the Odisha Cricket Association election. Our panel will definitely file the nomination tomorrow (Friday) and win the election. This is a conspiracy against us,” said Sanjay.

After the Special CBI court rejected Behera’s bail plea, the former OCA secretary was sent to judicial custody till October 1.

Behera had been under the scanner of CBI since 2014. Earlier, the agency had interrogated Behera several times over allegations on his links with the AT Group.

Get tickets for Hockey Olympic Qualifiers in Odisha