Odisha: Four students among 7 injured as auto-rickshaw plunges into gorge 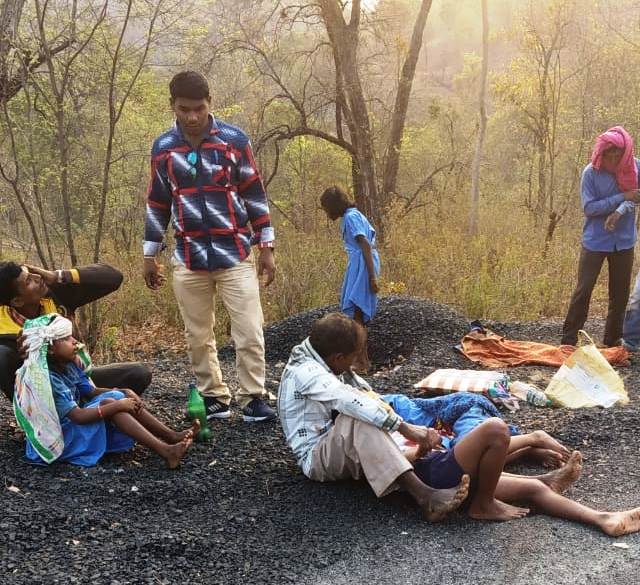 Nabarangpur:  A major mishap was averted after an auto-rickshaw carrying four students along with their guardians skidded off Chandahandi Ghati in Nabarangpur district today.

Though no casualty was reported, the four students and three guardians suffered injuries in the mishap.

Sources said the students, all aged 10 years, along with four guardians of Siunaguda village were going to appear in an entrance test for admission into Class- 6 at Dhadipani Ashram under Chandahandi block in the district. While going to the school in an auto-rickshaw, the driver lost control over the vehicle due to break failure, following which it skidded off the gorge.

The driver of the auto-rickshaw fled the spot after the mishap. All the injured were first rushed to a hospital at Jharigaon and later shifted to Nabarangpur district headquarters hospital (DHH).

Strict lockdown in this Odisha municipality for six days

2 killed, over 10 migrant workers injured in road mishaps in…