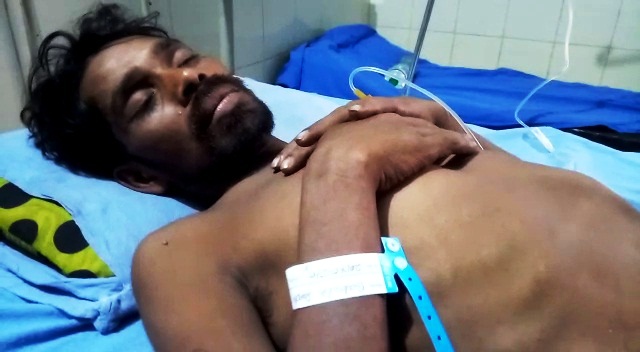 Babula Panda – grandson of freedom fighter Laxmi Indir Panda – was traced to a private hospital in Odisha capital, after close to two weeks of his mysterious disappearance from the city railway station.

According to reports, a special team of Mancheswar police traced Babula and admitted him to Hi-Tech Medical College and Hospital yesterday.

The freedom fighter’s kin was undergoing treatment at the private hospital for kidney ailments.

Later in the evening, the late INA soldier’s grandson was shifted to SCB Medical College and Hospital, sources said.

“Model Control Room in Mancheswar received a call yesterday afternoon. Babula Panda was rescued in a critical condition and was admitted to hospital yesterday. We would investigate under what circumstances he went missing,” Twin City Police Commissioner YB Khurania told media.

On the other hand, Chief Minister Naveen Patnaik announced that all the treatment expenses incurred on Babula will be borne by the state government.

Notably, Babula along with his parents had come down to the capital city for a ceremony at Raj Bhawan where Prime Minister Narendra Modi felicitated the kin of freedom fighters and Paika Rebellion on April 16 morning.

While on their return to their hometown Jeypore, the trio got separated from each other. While his mother Sujata Panda was rescued from Balasore station and district administration made all arrangements to send her back home.

Sujata had mistakenly boarded Puri-Haridwar Utkal Express instead of Hirakhand Express. However, her husband Surendra had to return alone without his family members.

Later, it came out that Babula was missing as he did not return home. Hence, a team was formed and search was launched to locate his whereabouts.